Dell-Maree has been fascinated by what bodies can do since high school. So it was natural for her to begin her career as a PE teacher, motivating her students in Australia and the UK to keep their bodies strong and agile as they transitioned into adulthood.

Her interest in body work and biomechanics led her to study the Pilates Method in the late 80s. After completing her Diploma in Clinical Pilates in the UK and opening her first Pilates studio in London, Dell-Maree returned to Australia and was fortunate enough to open The Pilates Centre in the North Sydney Orthopaedic and Sports Medicine Centre. Soon after she became a founding member of the Australian Pilates Method Association. In 1994 she expanded and established The Pilates Centre Mosman in Sydney.

During the next ten years, Dell-Maree worked with thousands of clients referred to her by medical specialists, osteopaths, chiropractors and physiotherapists. She continued to learn and refine her approach to exercise rehabilitation, based on the principles and practices of the Pilates Method and its core stability model.

A breakthrough in body work

By 2004, Dell-Maree had a remarkable body of knowledge in the treatment of chronic pain and injury. But she was determined to keep looking for better and better solutions. So she sold The Pilates Centre and dedicated herself to questioning everything she had ever learnt, including the protocols of the day.  This was how Dell-Maree invented The Invisible Exercise (TIE).

Dell-Maree observed that fit or unfit, skeletal alignment in her clients was poor and this was the basis of her “ah-ha” moment. She realised the body’s deepest structure, the frame or the skeletal system, held the key. Placing bones back to their original position, in other words where the bones should sit relative to each other in the skeleton, corrected the proper functioning of muscles around each bone and joint. In fact she very quickly identified that working with the frame of the body – the skeletal system – was only way to strengthen all 639 muscles simultaneously. The TIE Technique was born.

From that moment, Dell-Maree never looked back. TIE achieved results for her personally, and for her clients, that were so fast and comprehensive she was compelled to spend the next 15 years honing the technique and it’s delivery to maximise body and mind benefits.

Testing and evolving TIE has been an exciting, fulfilling journey for Dell-Maree. It’s brought her the satisfaction of achieving an important career goal – offering a safe, sustainable exercise and rehabilitation technique that works for people of any age, any body shape and all athletic abilities.

Seeing the results for people from all walks of life has given Dell-Maree absolute proof of the principle she’s followed in creating TIE – work with bone and let muscles do the rest. By using all 639 muscles in everyday movements, you can enjoy a safe, natural and permanent body transformation.

Monique Hennessy
A body and life transformed by TIE 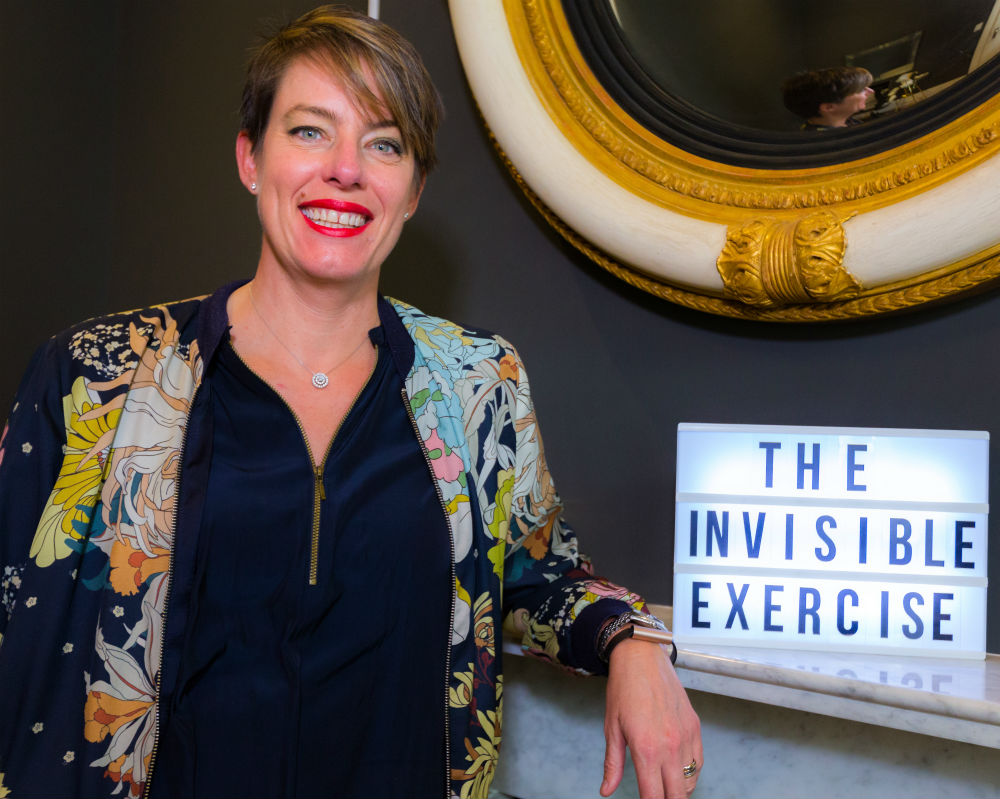 Imagine how you’d feel if you found a way to reform and rebuild your body after six years of being in constant pain. You’d been to so many specialists and practitioners it made your head spin and felt like your life had been taken over by your condition. And then you finally found the solution that gave you a second chance at staying healthy and active for a lifetime. You’d want to share your story and tell the whole world what they’re missing out on. And that’s why Monique Hennessy has teamed up with Dell-Maree Day to launch the TIE program.

With a natural tendency for her body to stretch beyond the normal range, it’s not surprising Monique suffered from a fair number of aches and pains in her 20s and 30s. Being hypermobile can compromise your body’s stability, leading to injuries when you ski or play tennis as Monique did. As a person with more than her fair share of determination, she would do a little physio and just keep going, taking the discomfort in her stride. Until she became pregnant in her late 30s.

Developing pubic symphysis while carrying her son, Monique discovered a whole new definition of living with pain. With this condition, the pubic bones become separated way beyond a comfortable range and the agony you experience as they move and grind is something you just have to put up with until your baby is born. In Monique’s case, her son was induced weeks early because she could no longer walk.

For years after her pregnancy, Monique endured pain from almost any position or activity – sitting, standing, walking. Sport was out of the question. Seeking help from doctors and physiotherapists, Monique found she was up against a condition many saw as untreatable. The solutions she was offered included having her pubic bones wired together so they couldn’t move anymore.

Monique opted for painkillers and Pilates as the best way to manage her recovery. By working on her core strength, she certainly made progress but only up to a point. So she continued to work with her GP and physiotherapist to look for new possibilities for treatment. As luck would have it, she came across Sports Physician Dr Diana Robinson MBBS FACSP.

At her very first appointment, Diana told Monique she was relying on just five major muscles to keep her going, with the rest having taken an extended holiday. She immediately referred Monique to Dell-Maree Day.

TIE to the rescue

Monique was sceptical about TIE and learning to work with the skeletal system. It seemed to be the opposite of what everyone had been saying to her. She was used to seeing practitioners several times a week for constant monitoring and intervention. So when Dell-Maree sent her away for a few weeks to follow her video program daily, she wasn’t expecting a breakthrough. But in just a few weeks she was off painkillers. Her husband noticed she was standing up straight and walking without limping. And after dropping two dress sizes, the comments about how well she looked were coming from everyone.

Four years on and Monique is playing soccer with her sons and enjoying tennis and skiing again. She can trust her body to move and perform without pain or the risk of further injury. Her bootcamp loving husband has seen his own fitness performance boosted by joining her in taking up TIE.

Monique’s commitment to TIE continues today, through her own regular practice and by working on her goal of bringing pain relief, body confidence and a lifetime of wellbeing to others through the TIE program.

You should always seek the advice of your physician or other qualified health provider with any questions you may have before you start any physical exercise regimen, routine, program outlined in any of the audio and/or video clips on the website. Our suite of programs are regularly updated and available for use under an exclusive licence to members or to Teachers of TIE who have been granted a TIE Teaching Licence. The resources on this website are the copyright of The Invisible Exercise and The Invisible Company Pty Ltd. Unauthorised use of these resources or on-teaching of any TIE program without a Licence is an infringement of The Invisible Company’s rights and will be prosecuted accordingly. ©2017 The Invisible Exercise Pty Ltd. Website by Holy Cow! and maintained by Noosa Website Design